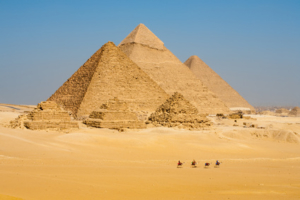 An eclectic mix of medieval cities, spectacular mountains, and some of the best diving in the world.  Marrakech, Fes and Tunis entice and fascinate with colour and excitement in the souks. Adventure beckons in the Atlas Mountains where you can trek to the highest peak of Jbel Toubkal where the views are awe inspiring. Or visit Egypt where the buildings of the ancient civilisations stand the testament of time – the Pyramids of Giza, the Valley of the Kings in Luxor and Abu Simbel. 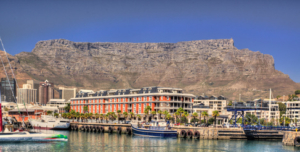 South Africa for safaris has the Kruger National Park and the Sabi sands are the stand outs for viewing the Big 5, and for families the Eastern Cape offer very fine quality reserves which are malarial free.

Cape Town is an incredibly exciting city and an hours drive east lies the Winelands of Stellenbosch and Franschoek where world class quality wines are grown. This is a spectacularly scenic region full of award winning wineries and gastranomic experiences.

The Garden route begins in Port Elizabeth and finishes in Cape Town, this is a scenic drive peppered with seaside towns along a wild coastline. Between June – November you can enjoy the spectacle of whale watching in Hermanus, the Southern right whales journey from Antarctica to calve.

The Kwazulu Natal region has a circuit that includes the stunning Drakensberg Mountains, the Battlefields where guides will describe the battles at Isandlwana and Rorke’ Drift, game reserves and wetlands where you can see Hippos and a coastline with remote beach lodges in the north and in the south Durban the gateway city that has African, Indian and colonial influences

There are so many possible itineraries, visiting South Africa once is never enough.

Why not? … Sleep in a treehouse under the stars in the African bush 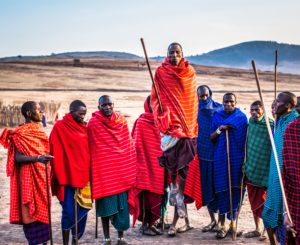 Kenya straddles the great Rift Valley and sits on the equator having over 40 national parks and reserves. Famously, this is where the Great annual Migration takes place, over 1 million Wildebeest moving from the Serengeti in Tanzania to Kenya’s Masai Mara. July-October is typically the best time to see this annual migration, depending on the rains.

For first-time safari goers to experienced wildlife enthusiasts, this can all be discovered by either minibus, 4 x 4 or even light aircraft. Amboseli National Park sits under the majestic snow-capped Mount Kilimanjaro and is home to herds of elephants. The Great Rift valley lakes will delight Bird watchers as vast flocks of flamingos descend. Plus you’ll have a great chance of seeing the Big Five – the lion, African elephant, Cape Buffalo, leopard and rhino. If you don’t want to choose a scheduled safari why not tailor-make your own. There are plenty of accommodation options from rustic camping to luxury lodges.

Kenya also has 300 miles of a glorious palm fringed coastline where the warm waters of the Indian Ocean lap the white sandy beaches. This makes for a perfect Safari plus Beach itinerary.

Why not? …. Include a stay at the world renowned Giraffe Manor in Nairobi. Its an opportunity to see these graceful creatures at close quarters.

Tanzania has two distinct areas and is regarded as offering some of the best game viewing experiences in Africa.
In the North the Serengeti is the place to see the thousands of wildebeest and other animals following the rains. The general cycle is from November to May herds gather on the Serengeti, from May to June they head to the western corridor, June to August they cross the border to the Mara in Kenya and September to November they head back into the Serengeti. Also in the North lies the Ngorongoro Crater which for such a small area of only 20kms across, has the greatest concentration of wildlife in Africa – and that includes lions.

In the south you could head to the quieter Southern circuit. The remote Selous Game Reserve is the largest in the world and often paired with Ruaha, this is a more off the beaten track experience.

Zanzibar, Pemba and Mafia are ideal island escapes with resort hotels and beautiful coastlines. The latter two having outstanding snorkelling and diving. Perfect for adding on to your safari experience.

Why not? … Take a hot air balloon ride over the wildebeest migrating across the Serengeti to add a different perspective to this incredible annual event.

Botswana is home to the 1000th World Heritage site – the Okavango Delta. Wildlife viewing is amazing all year round from water and land based camps. The annual floods from April give animals a much needed oasis. Chefs island is the largest in the delta and as the floods increase the animals retreat ensuring a rich concentration of animals in this 70km x 15km island. West of Victoria falls lies Chobe National park where a huge concentration of game in Africa can be found.
To the south lies the Kalahari or the ‘The Pans’ as the area is known. This is the home of the Zu/hoasi bushmen who live in the harshest of stunning and striking environments. The Kalahari is also home to the Meerkats and there are opportunities to observe these animals as they emerge at sunrise and warm themselves up for the day ahead.

Why not? … Take another perspective and ride through the reeds and grasses of the Delta in a mokoro (dug-out canoe). 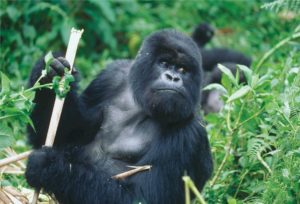 Uganda and Rwanda are homes to the endangered Mountain Gorillas and with a permit you are able to witness these incredible animals. These permits must be arranged well in advance and are strictly limited. Kibale National Park is where you can also witness 13 other primates particularly Chimpanzees.
Volcanoes National Park in Rwanda is the final resting place of the primatologist Diane Fossey, and Akagera National park is home to hippos and crocodiles in the lakes and rivers.

Why not? …. Visit by boat Murchison Falls in Uganda, where the River Nile crashes through a narrow gap, or trek to the top for a difference viewpoint. 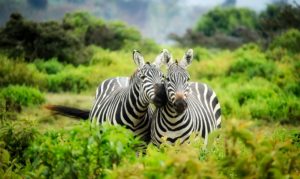 Zambia is known as the adventure safari destination and it was here that the first walking safaris were pioneered. They have excellent, yet simple, accommodation and some of the best safari guiding. You can try a night safari too which will increase sightings of Leopards.
From Livingston view the magnificent Victoria Falls or for an even better view take the Flight of Angels and experience the roar from the air.
The second largest migration in Africa can be witnessed from Liuwa Plain National Park when in November vast herds from Angola came across to Zambia.

Why not? … Swim in the Devil’s pool on the edge of Victoria Falls, dependant on water levels. 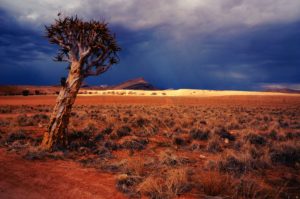 Namibia is ideal for a self-drive itinerary or a small group tour to discover stunning scenery along the Skeleton Coast where the rolling dunes of the Kalahari meet with the Atlantic strewn with shipwrecks and bleached whalebones.

Why not? … Take a houseboat along the Chobe river and enjoy an African safari from a very different perspective

Madagascar is the 4th largest island in the world and home to a unique wildlife population as well as stunning wilderness and beautiful beaches. Beneath the forest canopy its not just Lemurs that occupy the limelight there is a lot more flora and fauna to see

Why not? ….. Take a night walk through the forest and spot lemurs who only appear as darkness falls.

Enquire now and we would be delighted to discuss ideas and options to find you the perfect holiday in Africa.